The one and only time I stood before an all-women jury, I ended up asking for a mistrial after the judge and prosecutor entered the jury deliberation room without my knowledge and in violation of the sequestration rule to safeguard against jury tampering.

The judge, a prosecutorial-oriented jurist, denied my request for a new trial, and I objected for the record. No lawyer or a judge is permitted access to a jury once a panel is sworn in, and none can enter the jury room while deliberations have started. On learning such a breach, I described step-by-step how such actions prejudiced my client.

The defendant was charged with burglarizing a neighbor’s home. The victim, a young attractive woman, had testified someone had entered her bedroom while she was asleep and stole money. She said she awoke and saw the intruder as he was leaving her second floor window, and recognized the assailant as a neighbor of whom she knew since childhood.

The complainant was sympathetic and appeared credible while testifying for the prosecutor. The defendant denied committing the crime. But I advised him not to testify. He was a big guy, over six-feet tall, with a muscular built. He was single and unemployed, with a record for car thefts and shop-lifting. Under Pennsylvania law, he could be impeached for crimes of “dishonesty” if he testified. Receiving stolen goods, retail theft and unauthorized use of a vehicle are among what lawyers call “crimen falsi“ offenses. If the defendant took the stand, the prosecutor would introduce the prior convictions to show he’s not worthy of belief. His record, however, would not be revealed if he remained silent. (Note: a person convicted of such heinous crimes as murder and rape would not be subject to the same rule. Those offenses have no bearing on one’s honesty, according to the law, and a jury would never learn of crimin falsi impeachment evidence if a convicted rapist and/or a murderer decided to testify.)

The entire defense rested on my ability to “shake” the testimony of the eye-witness, who became more likeable, credible and confident in her ID with each word she spoke to smiling members of the jury. I planned to focus on the dark surroundings, the limited amount of time to witness things, and the basic questions highlighting an inability to see. If she stuck to her self-confident demeanor, however, there would be little if any reasonable doubt to ask the jury to focus on. 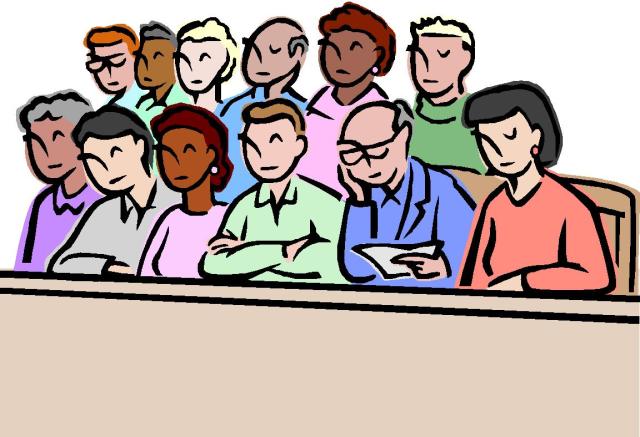 “We the jury find the defendant . . .” — awaiting the verdict

The judge had ordered a break in the proceedings when the prosecutor finished with the witness. Something happened then that changed the dynamics of the case. I had repeatedly asked the assistant district attorney for a copy of the initial police report that had not been provided earlier. “I don’t have one in the file,” she said. I finally approached the detective in charge of the case. He was a no-nonsense type of cop who had a good reputation for honesty. He had a copy of the report and upon reading it, I saw a major inconsistency that could prove fatal to the prosecutor case.

The first cop on the scene wrote that an “unk” assailant had committed the crime. He got that information from the witness. He would not have used the abbreviation for “unknown” had the woman told him otherwise. Using the report, I confronted the witness with her “prior inconsistent” statement. I watched the jurors faces – one woman after another — as the physical report was “published,” that is, given to each juror to read. There was silence in the court room. No testimony was offered as one by one the jurors looked first at the report, and then the witness, in what I had hoped would be a different light.

Here was evidence, I’d later argue, that the victim’s testimony was not reliable, and that the correct version of the truth was in the police report, the one the prosecutor had not provided me despite repeated requests.

When I heard that this same prosecutor had had contact with the jurors I believed she was trying to circumvent the justice system. I believe she had tried to do the same when failing to provide defense counsel with the police report.

I don’t know what she said in the closed jury room. She and the judge entered to escort a child out of the room. It seems one of the jurors could not get a baby-sitter the second day of deliberations and had brought her child with her. The jury could not work with such a distraction. All 12 needed  to deliberate since the alternates had been dismissed. A woman working somewhere in the Philadelphia court system eventually took charge of the child allowing the jurors to deliberate.

How could I trust this jury to do the right thing now? I never had all women on a jury before. Would there be some sort of reverse discrimination against me and the male defendant? Would they hold it against me for not helping to seat the juror in need of child care? What subtle or not so subtle messages could any have gleaned from their contact with the female prosecutor?

All of these thoughts went through my mind as a verdict was reached, and I stood in the courtroom with my client, head bowed waiting for the foreperson to make her announcement. I had already started writing an appeal as I focused on that chilling moment every trial lawyer experiences when he or she hears the first words of a  jury’s collective decision spoken: “We, the jury, find the defendant . . .” There always seems to be a pause at that point. To this day, I cannot listen without my heart beating fast and hard in my throat.

My one and only all-woman jury, however, did what I believed was the right thing! They acquitted the defendant, and freed him as the alto-pitched voice offered a resounding “Not Guilty” verdict. Thank God a gender-neutral justice prevailed!