The phone rang and Henry Rushing answered it, hoping the call would not delay his weekly trip to church services Sunday morning. The pastor of his Presbyterian Church was on the line. “Henry, you got to prepare yourself,” the cleric said in his most comforting voice. “There are demonstrators outside our building protesting. Their signs have your name on it, and they’re not too charitable with what they’re alleging.”

Henry hung up, remembering another call he got from one he called an Occupy Wall Street “thug” who threatened to publicize his stock holdings in a corporation the protestor said used child labor in Malaysia. Henry laughed it off and told the caller in no uncertain terms where she should go. Could she be following through on picketing his church? What in God’s name is the world coming to, he thought. Is no place sacred from these left-wing crazies? 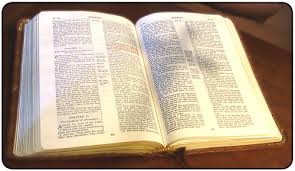 There were seven young men and women with home-made signs walking in front of the main church entrance  as Henry drove up, parked and quietly entered. The pastor greeted him along with several elders with long somber faces. They asked if Henry knew what was going on, and whether any of the messages on placards were true. Did the publicly-held company fire hundreds of American workers and replace them with thousands of low-wage laborers — many of them children under the age of 14 — to make profits?

Did Henry,  of whom most members of his congregation now knew was a major stock-holder in the enterprise, know about this? Did he  overlook the main teachings of his faith? “For what shall it profit a man, if he shall gain the whole world, and lose his own soul?”–Mark 8:36.

Could Henry make amends, by seeking changes from corporate leaders, they asked. Could the share-holders accept slightly less if it meant more Americans could obtain jobs here at home?

Well, don’t look for this scenario to occur any time soon, but wouldn’t it be great if those seeking economic and social justice today focus some of their attention on individuals who could instigate change? I mean those to whom the Wall Street corporations hold their allegiance to, their stock-holders. I’m sure many would agree that it is horrific for a few to live in luxury while so many — through no fault of their own — live lives of daily economic desperation.

What if someone could get information of those stock holders and ask them to voluntarily help their fellow-man, to assume a universal responsibility toward everyone? If they refused out of  ignorance, an enterprising demonstrator (or two or six) could learn where they live, work, and what places they worship to remind them via picket signs why they should follow more closely the Bible, the Torah, the Quran, and/or the Book of Mormon. (For another view, see Catholic doctrine will be to the “left” of Wall Street financiers)

Why can’t corporations use a moral compass when seeking profits for ethical and moralistic share-holders? I bet you most would agree to earn less from investments if they knew some money would create jobs back at home, while the other portion of  their capital went into global markets where lower salary pay-offs could gain them more.

I like to think the early followers of our greatest religious founders would do no less then espouse such revolutionary ideas.