“Dark Night of the Soul.”

I have no idea what Saint John of the Cross meant when writing about his spiritual struggles several centuries ago, but I feel as if I’ve been going through one all day today.

Just now I threatened to punch my roommate in the face after I felt humiliated by him when he not only told me to take off my stinky socks, but he demanded I wash them – and my damn feet – before returning to the room where we just arrived  following a two hour trip in a van.

Had he said one more word about my feet, I would swung at his big Irish head, caring not one lick about the consequences. To hell with any spiritual pilgrimage. To hell with finding answers to this life and any other god-forsaken one! 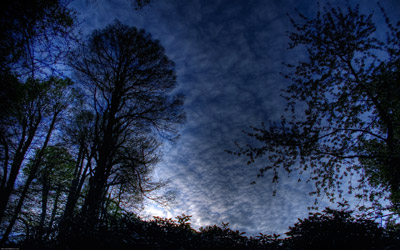 I felt out of sorts earlier in the day and had confided with the minister for six of us making up the Philadelphia contingent for the Centennial Celebration for WON Buddhism. She noticed I was down and advised me that another person I had some friction with would need to work out problems they had themselves.

I felt uplifted and meditated on a park bench outside of a magnificent soccer stadium where more than 50,000 people would  squeeze into the facility and get an inspirational sermon from the dharma master, only the fifth one in the line of major spiritual  dharma leaders since WON Buddhism was started April 28, 1916.

I ate like a native Korean, stuffing myself with delicious rice and beans, tender fish and a hearty portion of beef. I didn’t mind the vegetables which come with every meal, including breakfast. (I don’t know of anyone in America who ever had to eat vegetables for breakfast. I’d call that un-American.) But I heartily ate what tasted like little pancakes which I knew had green and red things mixed in because it was good for you!

I resonated with much of what the Prime Dharma Master Kyongsan said, particularly about reincarnation and how we as a society have made the elevation of “matter” — what I believe he meant as science and technology — more important than our spiritual lives.

“With this Great Opening of matter

Let there be a Great Opening of spirit.” – Founding Master Sotaesan

This is the “founding motive” of Won Buddhism’s teaching, this holy man said. And it made a lot of sense in 1916 when telephone lines were being introduced into Korea (for the royal family) and tracks for the coming of the railroads were laid in what was still a united country. Little, if any, emphasis was given to the moral compass of the nation or to the human spirit of the entire world for that matter.

Hence, the creation of a “spiritual power” that could conquer the material power that has, (in my words) “run amok.”

I wanted to dwell in the spaciousness of what I had just heard from this holy man of whom I met earlier this week, genuflected in front of, and bestowed a kiss on his hand before he realized some crazy American had fallen in love with his very presence.

I wanted desperately to talk about it with others moved by such an eloquent understanding and discourse on the human condition that the latest dharma master said was barely surviving today in the “emergency room.”

But, I had to rush out and get into a van and travel dozens of miles with no discussion or debate of what my heart was just exposed to and longing to open more for. I felt deflated following such an exuberating outing. I felt unfulfilled. I felt alone.

When my roommate brought up my stinky socks I took them to the bathroom and washed them — and my feet. But when he said more when I came back, he was lucky I didn’t hit him with every  negative feeling this post-traumatic stressed-out veteran with a near- blinding red rage was having trouble keeping boiled up inside.

Where had my peace of mind gone? Where was the love? What kind of monster switches from such a loving and understanding person, to one who wants to do bodily harm to another spiritual seeker, and care not what wounds he might receive in return?

If that’s not a “Dark Night of the Soul” on a spiritual path, then I don’t know what you would call it. I’m glad I didn’t swing. I’m happy for both our sakes that I left the room with a lot of cursing on my part but no physical contact.

Calmness has returned. Getting away from the stressful situation is the first thing psychologists tell those of us with PTSD to do.

Writing about it also helps. It is as therapeutic as meditation can be.

I just hope someone seeking a spiritual path like the one I’m on doesn’t get turned off by this public Internet confession.

(Note. My roommate and I just made up before midnight and I’ll be returning to the room with less smelly feet and a heart that is on the mend. His too!

That is, his heart and not his feet.)

10 comments on “A spiritual path with a dark & stormy night”