I’ve never been so proud of being an American as I was the past week when some forty members of the Senate held an unprecedented filibuster and it was followed up by Congressional Democrats who took the House Chamber hostage for a“sit-in” protest against our nation’s inability to halt the sale of high-powered weapons now being used for mass destruction.

One of my all-time favorite movies is “Mister Smith Goes to Washington.” It stars Jimmy Stewart as the naïve new senator who learns of corruption in politics. Members of his own party, of his own state, have been bamboozling Americans for years and Mr. Smith can do nothing but use the rules of the Senate to bring attention to this hurtful action. He stages a filibuster and is vindicated by the end of the show.

A young senator from Connecticut, Chris Murphy, led a similar filibuster getting help from his colloquies in a protest against the Senate’s inability to pass gun regulations in the wake of the mass shooting in Orlando, Fla. He succeeded in getting a vote even though it failed. It showed the country where each elected government official stood in reference to the “No Fly, No Buy” bill in hopes that voters would remember it in the November election. 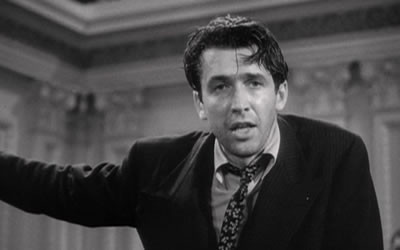 Congressional protest against gun slaughter makes me and Jimmy Stewart real proud. How about you?

Yesterday, Congressional members of the Democratic Party hearkened back to the revolutionary days of the 1960s and conducted a “sit-in.” They took over the Congressional chamber and refused to leave, breaking rules of Congress in what was a clear act of civil disobedience.

The protest is on-going as I write this. I cried a little when I saw Congressman John Lewis lead the action. He’s the African American leader who marched against discrimination some 50 years ago and helped to show all of us that the voice of protest is still alive today.

What struck me however, were the individual voices of Congress members as they appeared live on C-Span 3. I cried when a representative from North Carolina spoke of a young woman from his state killed at the Pulse Nightclub.

I also wept when seeing Joe Kennedy of Massachusetts read a letter from a woman whose husband was shot and killed by a lone gunman  about a year ago. Her husband tried to save the life of a woman brought into a hospital, but she died in the emergency room. The embittered son blamed the doctor for the loss and went to the hospital and killed the physician.

His widow had been unable to sleep properly since then, she wrote. She has  had nightmares where she sees the gunman approach her husband and chase after him causing indescribable fear in  him during the last moments of his life.

Yes, I was proud of these protests. I was proud of the men and women in our Congress who staged such a public outcry against the NRA’s threatening hold against our elected officials. I was proud that we the people can hear their protest and know in our hearts that “a change is gonna come!”

3 comments on “Congress protest makes me proud of USA”