Well, what do you think?

It sounds a heluva lot better than “The First Man” or “First Gentleman.” And I think it is right and proper for a baby-boomer who grew up in the turbulent sixties and helped to  create a lexicon that millennial types can still relate to.

Yeah, the title would fit Bill Clinton. He can be a really fine gentleman, but folks, he just doesn’t look like one. if you know what I mean.

He’s an old country boy who convinced a nation with lawyer-like skills that Hope can indeed conquer Fear. He could feel your pain and show it in times of tragedy, just like President Obama has learned to project too many times during his term in office. 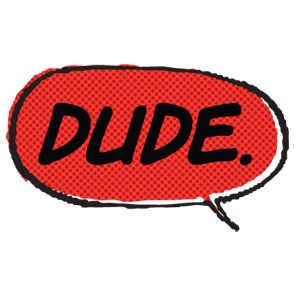 The Dude will abide in the white House

Yeah, “First Dude” would do nicely. Or call him the “First Dawg” if you will. He wouldn’t mind, for he’d lead the pack of us who would be as loyal to the first woman president, as a hound would be for its master.

I’d follow her and I’m sure a lot of males who champion gender equality would do so likewise. In fact, I’m willing to bet that Bill got a lot of his best ideas and stick-to-it-ness from Hillary Rodham Clinton. She’s been knocked down so many times; it’s amazing she is still going the distance. And I wouldn’t bet against her for a 10th round-knockout of that pretty boy huckster, Donald Trump.

In an interview by a reporter, Chelsea said her father wanted to return to his old Irish roots for a title. “First Laddy.”

It just doesn’t have the ring I associate with the former president. He’s more of a dude, if you know what I mean.

And I don’t think the Big Lebowski would mind the new president’s spouse using the title. He’d probably tell you to drop the word “First” and simply call Bill Clinton “Dude” as in “The Dude!”

“President Hillary Clinton and The Dude would like to invite you to the inauguration in January.”

It sounds pretty cool, doesn’t it? I can’t wait for the invitations to be sent out after the election in November.