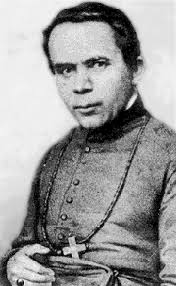 Students requiring discipline were ordered to appear at a special classroom at the school whose namesake, former Philadelphia Bishop John Neumann, would eventually be canonized, and the school’s name changed to “St. John Neumann.” Could never figure out the 19th century politics of the Catholic Church which permitted his remains to be buried in North Philadelphia, where I lived,  and not South Philadelphia, where the fictional “Rocky” was depicted growing up. I visited his memorial (St. John Neumann, not Rocky) at a site near Fifth Street and Girard Avenue, near the old Schmidt’s Brewery, and was disappointed when given one of the type of cards passed out at funeral homes with the deceased picture and his bio printed. I wanted a real live relic, the kind us Catholic were famous for providing the masses hundreds of years in our history.