Felt disconnected from the World as I knew it yesterday.

Had meditated in a busy waiting room at the Philadelphia VA Hospital. Got to a blissful level despite the wheezing of one old veteran. And the sounds of a veteran’s young wife bent on finishing every last crumb from a potato chip bag noisily rummaging through it directly across from where I sat with eyes closed. On occasion, I’d open ’em. Make eye contact with her and her evil snack bag. Then pray unsuccessfully to end her tortuous actions.

Should have known it was going to be “one of those days.” Had earlier sat next to female veteran recently released from a mental hospital following a breakdown involving her alcoholic father. Was in the Navy. Got sexually harassed. And raped. Before becoming a Wicca priestess and eventually finding God while hitting rock bottom two months ago.

Trouble is, I did not feel out of place while stepping into this Twilight Zone reality, and I shared my stories of going berserk in Court when I “ordered” one young assistant district attorney out of a courtroom, and cursed out another in a judge’s private chambers. The judge ordered a sheriff to calm me down when it appeared I was going to duke it out with a third prosecutor during an aggravated assault trial a few days later.

Learned a lot about Wicca and the different aspects of the Earth goddess. Sorry to see the 29-year old green-haired woman leave before sharing a little of Buddha and Kabbalah with her.

Lost my train of thought earlier when approaching a sign-in terminal where you swipe your VA card to punch in. 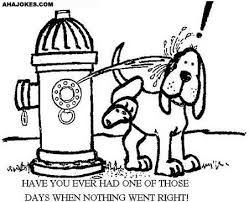 A loud and whiny woman pushing her wheel-chair bound, disabled veteran husband had interrupted me. I had my card out, ready to insert it, when she shoved her husband’s card at me, asking for help. “Well, of course,” I said, jumping at a chance to help another vet and a woman in apparent distress. Her voice sounded like someone dragging nails across a chalk board, and I wanted to end the suffering, and avoid any further  contact with her.

Swiped hubbie’s card. She keyed in the information. Got him checked in. Machine broke down. Would not accept my card, so I ended up checking in manually, typing out the entire social security number, date of birth and what seemed like half the contents of Webster’s Dictionary while skimming over “less important details,” like why I was checking in at 9:45 for what I thought was a 10 am meeting not actually scheduled until 10:30.

In a completely different part of the hospital.

For an entirely different procedure the time of which I mixed up!

I had checked in for my 1 pm dental appointment at 9:45 am by mistake. The busy receptionist said not a word other than “yes,” when I quietly asked if I had successfully signed in. Meditated for more than hour before asking her about the appointment again, and she simply told me the time was then 10:55 am, completely missing what I had asked, and me feeling too relaxed from meditating to care. Returned to my seat, meditated for another half hour before suspecting something was wrong and learned from a second harried VA clerk that I had, by that time, missed my earlier appointment and was not to be seen by a surgeon for another hour and a half.

Cursing and slamming doors as a PTSD flashback erupted, I fled the hospital floor and ran up the stairway to another floor rushing into a Sleep Apnea Clinic 45 minutes late. Unsure if anyone would be able see me, I wanted to yell and scream, but got calmed down by another receptionist who must have dealt with irritated out-patient veterans before. She helped me to a seat outside the waiting room. Couldn’t take the useless chatter from a television that’s always on with its day-time mindless programming in the enclosed waiting room. I “collapsed” internally while sitting and resting alone in the hospital corridor, nurses and patients walking past my unmoving form. Never felt better in my Life after hitting an emotional rock bottom and meditated upwards.

Will I ever feel safe in grounding again?

Got uplifted, felt a Higher Force had picked me up and was going to guide me through the worst of storms. Got to see a nurse who took care of my “terrible” sleep apnea problem, and returned to the dental clinic a new person, cleansed, purified and made ready for the next challenge.

Which was a wisdom tooth extraction.

For some tooth I felt no pain. No complaints.

Thought I was there for a routine cleaning.

The surgeon said otherwise, but called in a superior when I humbly challenged the findings and suggested “if it ain’t broke, don’t fix it.”  Was tempted to rip the bib off my chest and spit out the dental mouth device as the two doctors stood chatting in front of dental x-rays murmuring and pointing at my “negative” as if I wasn’t even in the room. After a consultation they agreed.

I had come in by mistake. No extraction was needed. My appointment, which I had arrived for more than three hours earlier, was unnecessary. “But look at the good news,” the supervising doctor said with a smile. “You don’t need the dental work.”

15 comments on “Can Hell Actually Be Just ‘Other People?’”