I would love to write a book about how people came to the current  journey they’re on.

You see, I have this tendency of going up to people and asking them how they came to be where they are; that is, spiritually, if you know what I mean. For instance, I quiz them at a Buddhist center, at a Center for Contemporary Mysticism, or at some New Age event where everyone seems to be seeking some sort of healing.

I have found that many of us have had to hit “rock bottom” before we surrendered to a force that was far above us. It is only then that we’ve turned to a Higher Course, a Higher Road.

Little did I know, that the Higher Force exists within each of us. It is our Higher Self. It’s the wisdom that we were born with that we finally got to tap into.

There are some people, like myself, however, who have been touched before such an “awakening.” I remember when I was an altar boy at age 12 and I how I was praying for the affections of a girl I had met the night before. I was in the sacristy of a Roman Catholic Church.

I prayed that Geraldine McFadden would like me. Before weeping like a lonely teenager, I felt the presence of something divine. I felt what I now perceive to  be the Presence of God. Nothing else mattered. I had no cares, no worries, and all was calm and peaceful with or without the girl’s fondness.

While talking to a friend at a Buddhist gathering the other day. I explained how Buddhism had called out to me some 40 years earlier.

I  read the Tibetan Book of the Dead, understanding maybe 5 percent of what was explained. 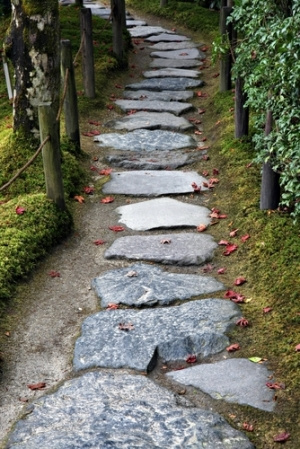 I put it away, went to war and did not think about it until 2009 when visiting a center in Philadelphia.

One of my Buddhist student friends, a non-practicing Catholic, told me about the “Golden Books Encyclopedia.” Mary said she had also obtained the Tibetan Book of the Dead, but never finished it while in her early 20s.

But what  “pulled” her at a much younger age was one of encyclopedia books. She had three older brothers and by the time she got to the books, there were only three left. But one of them was the book for the beginning letter “T”. She remembered opening the encyclopedia and seeing men and women bowing in prayer at a Tibetan Buddhist service. It touched her and left a memorable mark.

Was something or some force in the Universe calling out to her? Was it a foreshadowing of what she’d turn to years later when searching for answers?

I don’t know. But it sure is interesting to learn about these occurrences. I bet we all have similar stories to tell if someone would just listen.

11 comments on “How did we choose the journey we’re on?”