I voted at home today and I can’t wait to put the written ballot in the slot opening at my local Post Office.

Following easy to read instructions, I used dark blue ink and darkened ovals next to the name of the candidates I wanted to see run in the November General Election. There was a minor mistake in the location for the ovals but anyone with a grade-school education could figure out how to rectify it. Plus, my congressman, I mean congresswoman, Madeleine Dean, had notified us mail-in voters about the error and I found it helpful.

My vote will be tallied on June 2, 2020, the day that the primary Election Day was rescheduled in Pennsylvania because of the Corona Virus.

Bernie Sanders’ name still appeared in the ballot as well as Joe Biden and Tulsi Gabbard. I felt relieved that I could finally do something that could help change the chaos and corruption that has permeated the executive branch of government the past three and a half years.

This action was completely new to me. I had gone to the Montgomery County Courthouse for an absentee ballot before. I was not going to be home a few years ago and I got help from local officials to cast my vote for a primary election a few years ago. It was either that or forgo a cruise to Alaska.

Can you remember the first time you ever voted? I was back from the Vietnam War a little more than a year when I not only voted for George McGovern but endorsed him as editor of the community college newspaper. He lost badly but we all know what happened to Tricky Dick.

I also voted for Congresswoman Madeleine Dean as well as State Representative Mary Jo Daley. State Senator Vincent Hughes got my other vote at the state level as did Josh Shapiro for state attorney general. (Shapiro was the county commissioner that represented me at one time and is against Gerrymandering and voter-suppression actions! 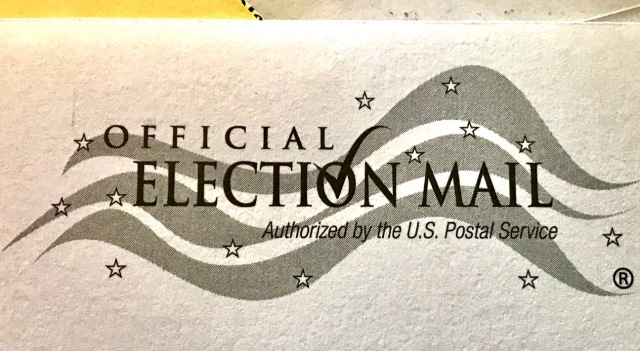 I couldn’t help but be a little mischievous, however. I cast a “write-in” vote for my son Nicholas. The vote was for one of 10 delegates to the national convention and only seven appeared on the ticket for Joe Biden. I figured the vote was either going to be for my son or for Mickey Mouse. But I was afraid that other mischief-makers might have also included the Disney celebrity.

Now all I need do is watch the returns next month and enjoy taking part in a little bit of history.

Can you figure out who I voted to run for president? It is confidential and I won’t tell right now. That’s why they call it a “secret ballot.”

3 comments on “Making History with my own Mail-in Vote”