I feel like the character in a comic strip who has had a cloud over his head with nothing but calamities and obstacles blocking his every move. No matter what he did, he’d be thrown off stride, be it from a torrential rainfall or an avalanche along a sunshine-filled pathway.

It all started when I got my plane ticket to attend a 10-day retreat in the Black Forrest  section of northern Germany. One thing after another fell onto my path and I felt I was being cursed. Job from the Bible came to my mind, and I really believed that I was being tested by someone challenging the power of the Almighty.

Signing up to attend the retreat from March 9th through the 19th, the obstacles first started to show up at home. A water pipe leaked and I got the services of a handyman through a friend. He dug several holes, but what I believed to be a one or two day job, stretched over more than a week. I have been without water and heat ever since.

The electricity then went on the blink. It had something to do with a wire being “grounded” to a pole connected to the water main. I didn’t understand any of this, but I found there was no juice for a space heater. No stove to cook on, no hot water for tea or coffee.

Next, my computer would not turn on. The television soon followed suit and I’ve been unable to see the latest segment of “the Walking Dead” with my 23-year-old son. I’m lucky I have a library card to tell my story with . . . 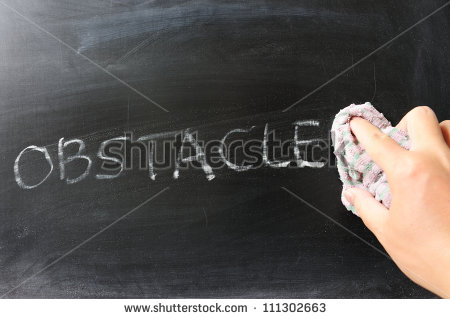 Erasing all obstacles to my spiritual journey to Germany

But what really got to me was when I tried to get a train ticket from Frankfort to Frieburg, Germany. I lost contact with one Lufthansa receptionist. Another told me there was no connections between the two cities.

Dr. Judith Miller, one of the presenters of the “transpersonal breathwork” advised me that forces beyond our understanding often try to prevent personal progress. Some energy wants to halt the growth, to stop the spiritual advancement. I don’t think it is anything evil or a demon realm. But it could just be testing me . . . to see if I can handle the pressure now before flying off into the unknown later for a bigger challenge.

Well. I’m hear to tell the Universe that nothing short of war and Donald Trump winning the Republican nomination for president will keep me from going. No obstacle will impede my journey, no fear or threat will force me to back out.

Shortly after my “shout out” to the Universe, I finally got my “flight-rail” ticket and I plan to embark next week for a Symposium with a Russian Shaman from Siberia. Then an American woman from Haverford, PA,  will join forces with a German man from the Frankfurt area to lead me to the promise land.

I can’t wait to join in together with ’em!